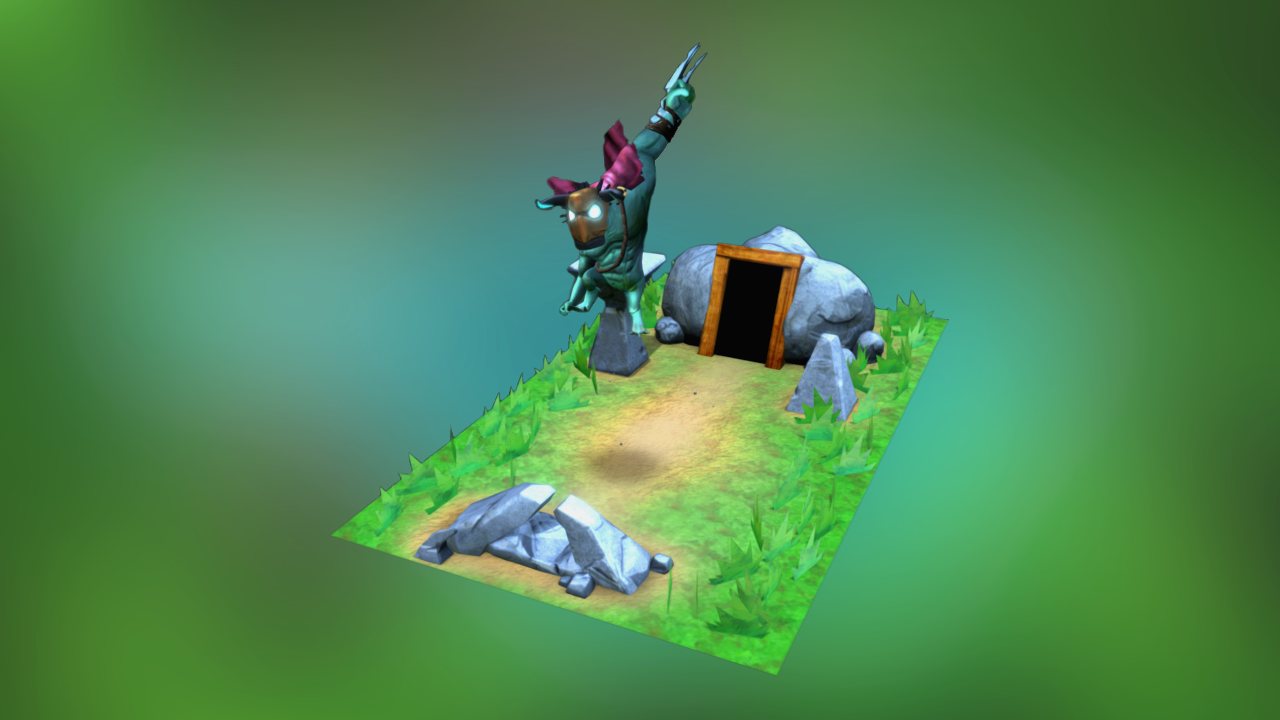 This is my forest golem project used for a business card. The result of the character was fully tracked and able to view via an AR code, image below provided. I have also included a link to the sketchfab version of the model to get a good look at the scene. Feel free to scan the image, using the Zappar App on the Android or App store to see the finished results! The process on creating this end product, meant learning the Zapworks Studio software which is used to create the augmented content.

Concept – Originally to be used for a games competition, it was to be a big creature for a top down tactical game with the style of a medieval golem. I like the idea of this big, heavy, forest creature being able to smash up rocks and roams about the jungle as guardian of the forest.

The game didn’t end up making it past the concept stage however I still had strong ambitions for this character so I wanted to make it. Throughout the development process several things had changed to help develop this character’s story. Its features were mainly designed around the sheer bulk and force combined with a cape (originally a forest green style but developed later into a contrast colour) to resemble belonging once to some sort of tribe or community. Its other feature was that of a series of wrist blades which it could use as a weapon, perhaps in combat or in hunting.

Forest Golem by joecoggins on Sketchfab